Global market research and data analytics companies constantly list blockchain among top strategic technologies. Blockchain is set to have the most impact on Finance, Real Estate, and Advertising industries in 2020, as businesses identify the ever growing need for going digital and securing non-cash transactions.

What industries will be impacted by the decentralization force of blockchain technology? Where will its effects actually manifest? Technology enthusiasts contemplate these questions very often in the course of their journey down the blockchain “rabbit hole”. However, we believe that there is an even bolder question: “What industry will not be impacted by blockchain?” The answer is certainly “none”.

The Advent of Blockchain Technology 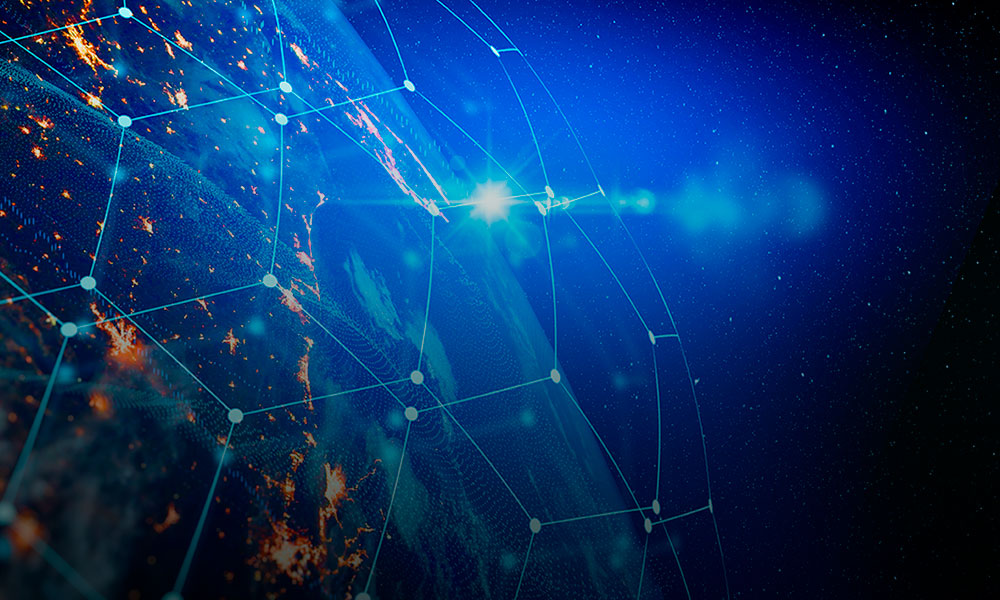 In the 90s, the same uncertainty pervaded the revolution of the internet. Each vertical skeptically asked themselves: will this thing actually disrupt me? In the past two decades, the answer to this ambiguity has become exceedingly clear. There is not one industry that avoided being transformed by the web. Fascinating enough, the development curve that traced the early growth of the internet is analogous to that of blockchain technology, with its respective ups and downs.

The comparison between blockchain and the internet is not only in relation to the sheer scale of the innovation but in terms of the quality of these disruptions. The web presented the world with a radically new way to share information. The process of communicating and disseminating knowledge became faster, cheaper, and more secure. With the advent of Web 2.0, we created platforms where the masses could access and generate every insight imaginable.

Transfer of Value Made Feasible Through Blockchain

While the internet revolutionized the transfer of information, blockchain is revolutionizing the transfer of value. A decentralized network enables individuals, businesses, and countries to seamlessly move stores of value. Blockchain technology enables the transmission of tangible and intangible goods in a faster, cheaper, and secure manner.

There are three industries where this technological tsunami has already reached the waterfront. They are not simply being tangentially affected, but fundamentally altered by the waves of innovation. The areas that are most ripe for decentralized disruption in 2020 are finance, real estate, and advertising. 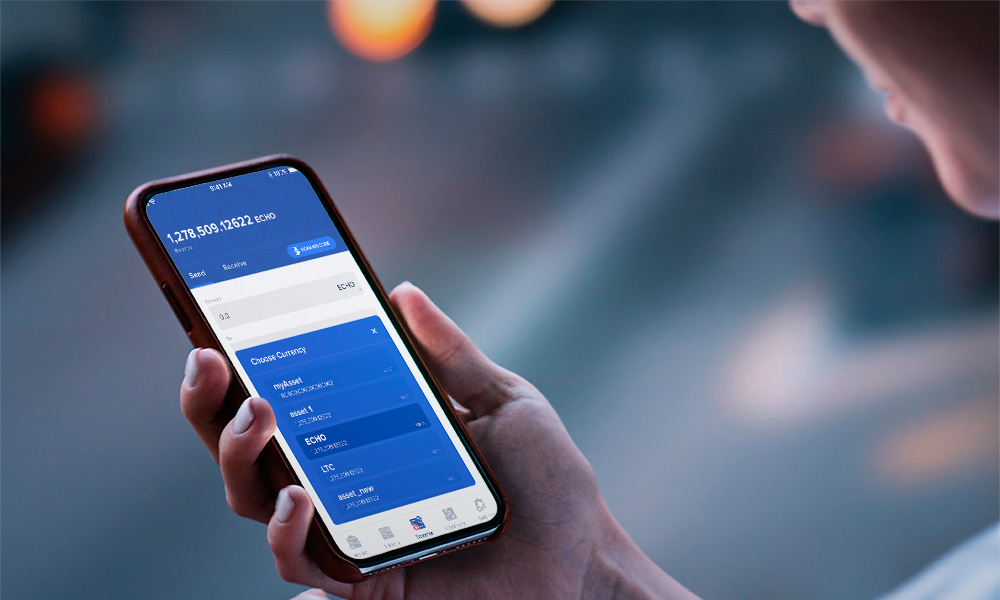 The millions of dollars that have been poured into the application of blockchain in finance is indicative of the technology’s immense potential. Faster and cheaper transactions are the immediate byproduct of blockchain technology.

Owning cryptocurrency assets and dispensing them using your cryptocurrency wallet creates complete monetary autonomy. You are the only one with access to that value as it is not held by any bank. In essence, you are put in place of banks or any other payment intermediaries.

Statista, market data provider that continuously tracks diverse indicators in the blockchain space, revealed that the number of blockchain wallet users has reached 40 million at the end of 2019. That represents a truly dramatic increase from less than 8 million users in 2016, and this number is expected to rise thanks to the level of security and growth in the economy.

If you are currently looking for an expert in cryptocurrency wallet development, drop us a line and PixelPlex team will be glad to help you.

Decentralized Finance and the Notion of DeFi

The use of blockchain in finance and the notion of DeFi may not be life-changing for members of affluent, western nations, but it bears incredible meaning for the inhabitants of developing countries. Being centralized is the main factor in corruption and inflation, and causes more regulation, while being decentralized increases system flexibility and its resistance to attacks.

Have you already heard of Echo? It’s one of the most promising blockchain projects developed and designed by PixelPlex team for the real-world applications of blockchain in finance. Familiarize yourself with the solution to learn more about its next-generation ecosystem and DeFi. 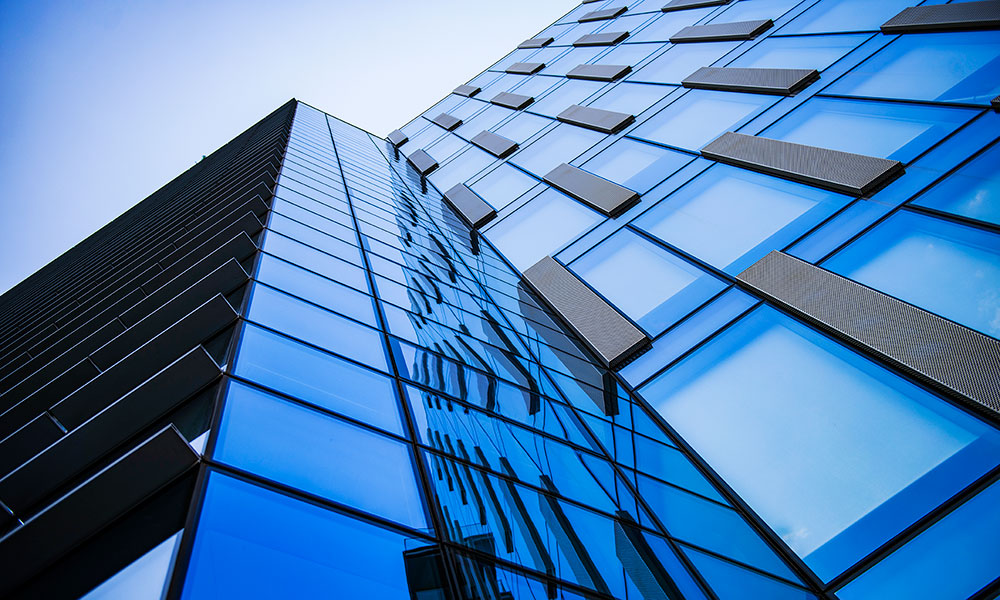 Despite the trillions upon trillions of dollars within real estate, the centralized processes of this industry remain outdated. Buying property, refinancing a mortgage, etc. is expressive of this systemic inefficiency. However, these operations can become seamless and transparent once they are managed and verified on the blockchain. The use of blockchain in real estate terrifically reduces paperwork, the need for attorneys, while opening access to property tokenization, digital title deeds, and smart contracts.

Imagine you are refinancing your mortgage and there’s a massive pile of related documents you are attempting to assess. Numerous questions arise, such as: who has the rights of ownership, does property have any liens against it, or if anyone else has a title or claim to it. When the relevant land is a digital asset on a distributed ledger (with its paperwork digitally connected to its cryptographic hash), these questions are resolved and authenticated within moments.

Land titles that exist as physical documents are ripe for a swindle. Land theft is not an uncommon phenomenon and plagues many developing countries. Assigning cryptographic hashes to land titles helps to turn a property into a digital asset easily managed and claimed through the blockchain. All paperwork associated with the property can be tied to a precise cryptographic hash.

Projects such as Ubitquity are currently working with countless real estate registry offices to combat corruption of the land titling system, thus showing us very good, real-life examples of using blockchain in real estate. The US, Sweden, Russia, Ukraine, and India are only a few of the epicenters of this disruption and innovation. 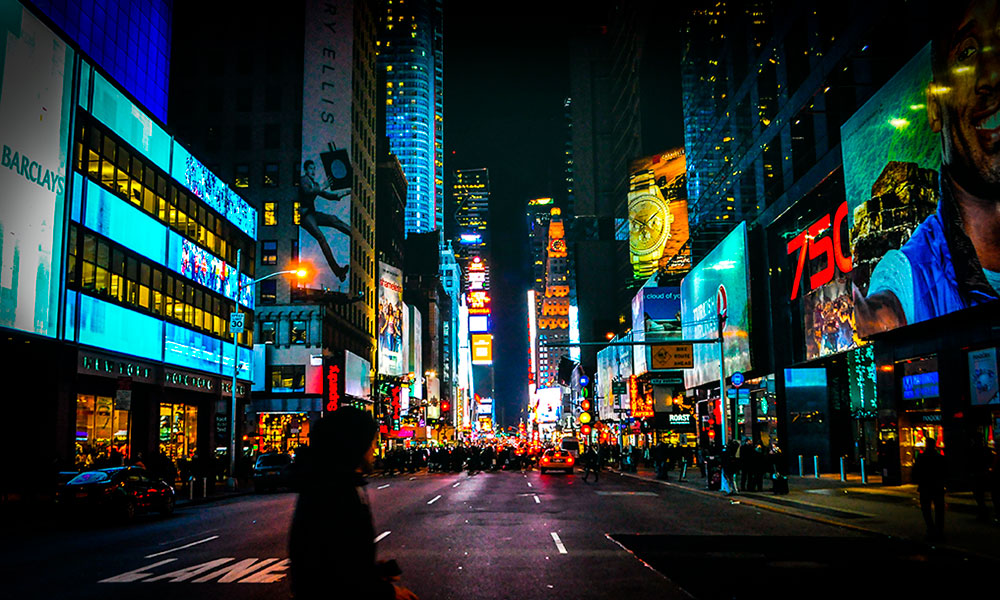 A less obvious, but colossal proliferation of blockchain technology will take place within advertising. This industry is plagued by greedy middlemen, ad fraud, and frustrated consumers. There is ample cause for concern when reports claim that an advertiser receives less than $0.5 of value for every dollar invested. The countless intermediaries that sit between the advertiser and the publisher result in this constant value-waste.

Furthermore, powered by bots, click farms, and domain spoofing, there are billions of dollars being annually siphoned away in fraud. This reality has sparked an explosion of blockchain applications aimed to eliminate ad fraud. The novelty of smart contracts and blockchain in advertising is that the advertiser can avoid or even eliminate the unnecessary actors that work as authenticators within the digital ad ecosystem.

The other side of the coin is that the consumers’ experience with advertising has increasingly been one of disdain and annoyance. Nobody wants ads popping up in every corner of their desktop or, even more so, mobile device.

Blockchain creates a revolutionary way for us to interact with ads. Surfing the web, watching TV, and scrolling through Facebook become re-imagined: instead of simply being force-fed ads, we can actually choose and specify what ads we want to see. What’s more, companies, offering more-appealing advertisements for their target audience to watch, can get much smarter ad metrics and data.

Blockchain allows for digital ad space to be bought for the platform’s tokens, while those who choose to opt into voluntary ad viewing may be rewarded for their interaction with the blockchain through the platform’s unique token system.

The micro-payments made possible by cryptocurrencies make minor transactions viable and lightning-fast. Blockchain in advertising and marketing communication takes us to the world where consumers are no longer the product in the industry, rather, they are empowered members of this ecosystem.

Finance, real estate, and advertising arguably contain the most promising potential for decentralization, but disruption will not be limited to these use cases. This force will not leave any industry untouched. In the coming years, blockchain technology will be recognized as the next iteration of the internet. Not only will the transfer of information continue to evolve, but the entire transmission of value will do so as well. It is inevitable that blockchain will be the foundation stone, the ultimate building block of society.