Artificial Intelligence (AI) has become a catalyst for progress in the healthcare industry, offering a myriad of advantages over traditional analytics and clinical decision-making techniques. Artificial neural networks, a branch of AI, are singled out for particular praise as they provide opportunities to spot new insights into the future of healthcare.

Very few can deny and resist the power of AI, with the healthcare industry being no exception. AI has been highly appreciated and encouraged to spread its ground-breaking force and influence on more medical directions. Thanks to AI, doctors are able to do away with many of their routine activities. They can also diagnose diseases much faster and more accurately and find effective treatments for a wide range of diseases. In other words, AI offers an immense number of possibilities, and it looks certain to dazzle us even more in the not so distant future.

As far as artificial neural networks (ANN) are concerned, they are currently being integrated in the healthcare industry and look sure to be here for the long-run. To date, they’ve been used in a number of directions including medical imaging, computer-aided diagnosis, cost prediction of specific ailments, and organizational decision-making.

But how exactly do they work, and what do they really mean to the healthcare industry? Read on to find out more about how artificial neural networks are shaping and improving healthcare.

Artificial neural networks (ANNs) are designed in such a way that they can simulate the human brain’s ability to analyze and process information.

ANNs are biologically-inspired computational networks consisting of thousands of artificial neurons known as ‘processing units’ that can be divided into interconnected input and output units.

The input units are responsible for receiving information and conveying it to the neural network, which then takes on the role of generating an output report. To come up with the output and successfully complete the whole procedure, ANNs need to follow certain learning rules, or ‘backpropagation’ (derived from ‘backward propagation’).

First, an ANN needs to undergo a supervised phase known as ‘training’ where it learns to recognize patterns in data using yes/no question types with binary numbers (0/1). The network compares its received output with the desired one. Then backpropagation initiates the adjustment between the two categories of outcomes. It manages to do it by moving from output to input units and defining the weight between connections until it finally gets the lowest error probability.

Thanks to its self-learning capabilities, this system — fundamental to artificial intelligence — is able to tackle issues that humans might find extremely complex or even mind-blowing sometimes. Artificial neural networks, on the contrary, can embrace almost any challenge. They are so transformational that they sometimes seem to be working a kind of magic.

Why use ANNs in healthcare

ANNs are excellent at pattern detection and modelling non-linear or complex relationships. They can also easily deal with lots of input variables, as well as work with incomplete data. These all are advantageous aspects when it comes to the ANN implementation in the field of medicine.

The range of artificial neural networks applications in the healthcare industry is diverse. This smart technology provides a whole spectrum of benefits from medical imaging (including breast cancer, pulmonary, and brain imaging) to computer-aided medical diagnosis.

Furthermore, it’s capable of helping health bosses to allocate budgets by predicting how much money will be spent on medical care and how much outpatient care will actually be performed. Thus, hospital managers will be able to plan their time and resources months or even years in advance.

In short, this ingenious AI component is an enormous boon to the healthcare industry, bringing significant enhancements in the treatment of patients.

Medical imaging has long needed the technology that would improve its effectiveness. It’s no surprise that the imaging field is now using ANNs so widely — this is because they can recognize even complex and non-linear patterns and spot the details that sometimes even the most skilled professional might unintentionally miss.

Another point to consider is that image analysis can also be expensive and time-consuming and requires skilled radiologists to go over images by hand. What’s more, these professionals have to undergo extensive training and gain high-quality, relevant expertise in order to scrutinize patient images. They have to be very careful and alert if they are going to identify quickly any abnormalities in the image.

Therefore it would surely be more effective to train a neural network to carry out such procedures: ANNs are perfectly capable of going through and thoroughly analyzing a huge number of images without compromising on speed. Just as importantly, they demonstrate great accuracy. 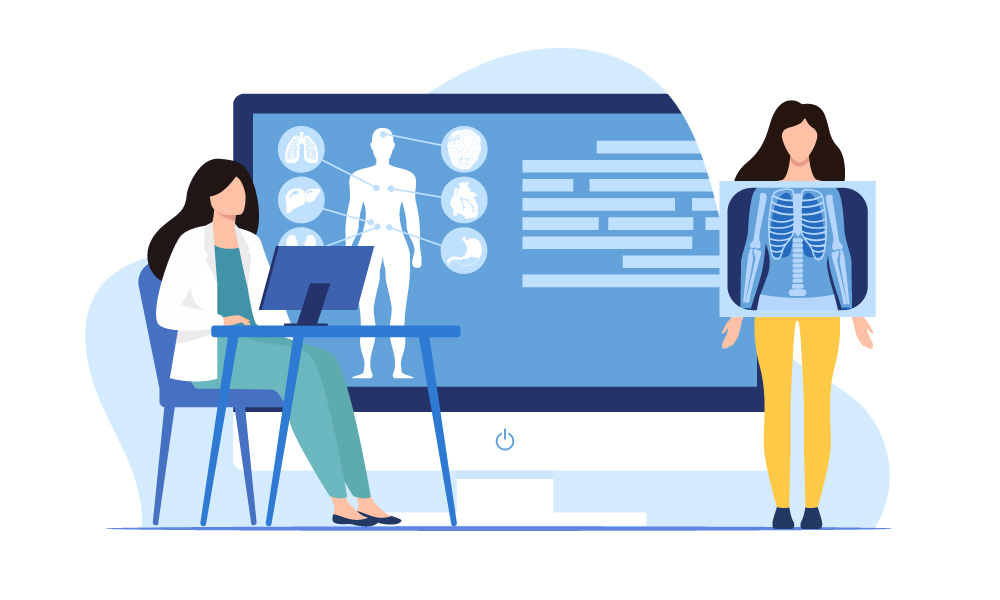 Although some people might be uncomfortable with the idea that a computer algorithm will be making important medical decisions that affect their lives, their worries tend to ease once they learn that the technology simply allows doctors to make more informed decisions based on the information obtained via algorithms. In skilled hands, ANNs are advanced tools that help achieve a successful outcome.

Artificial neural networks have been shown to be effective for a variety of types of medical imaging. For example, they have achieved great results in detecting pulmonary diseases. In addition, based on the results of a large body of research, ANNs prove to be an effective classifier in mammography. A pioneer in this area is a perceptron based three-layer neural network using backpropagation.

Convolutional neural networks have the potential to identify a variety of diseases based on medical images. For example, the model known as CheXNet was able to match, and in some cases even outdo, the performance of four individual radiologists.

These results demonstrate that the neural network is achieving the same accuracy as radiologists — and in some cases even better. It’s a significant step forward and suggests that demand for convolutional neural networks among healthcare professionals will rise even further.

Apart from convolutional neural networks, some other areas are being studied as well. Generative adversarial networks (GANs), for example, are showing similar promise and outstanding performance. GANs involve two competing models trained together. The resulting adversarial network can produce realistic medical images and even corresponding annotations. To date they have proved their worth in cases ranging from image augmentation to image registration, medical image generation, image reconstruction, and image-to-image translation.

Another tool currently being employed is an autoencoder. Autoencoders have been adopted for medical imaging purposes in order to discover feature representations of input data using unsupervised learning. They are especially useful where there are many unlabeled images. Autoencoders have several advantageous characteristics for medical image analysis, including their capacity to detect numerous features and to reduce model dimensionality and complexity. 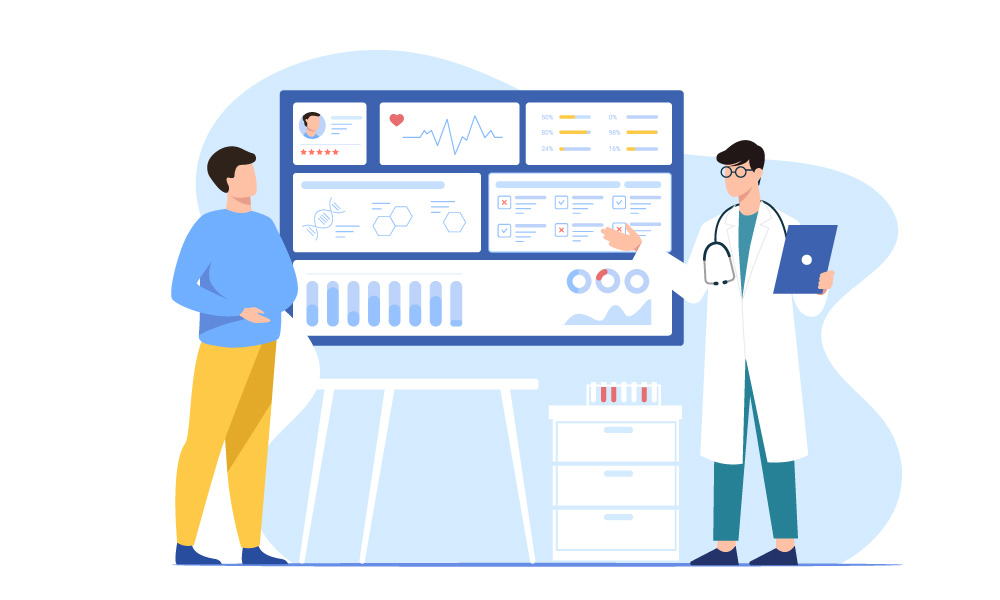 One more area where artificial neural networks have the potential to improve current practices is computer-aided diagnosis (CAD). As of today, there are a lot of computer-aided diagnosis possibilities, including the ones that use computational algorithms. Artificial neural networks, though, surpass all of them in their ability to successfully diagnose a large number of ailments.

Artificial neural networks have made it possible to diagnose several types of cancers and illnesses, sometimes proving to be more accurate than other clinical measures. This is partially a result of artificial neural networks’ ability to take in large quantities of input data and find complex relationships between the variables.

CAD has some overlap with medical image analysis: this is because diagnosis often involves the examination of images. During the procedure, computer-aided diagnosis also looks at other factors such as patient history, symptoms, age, and other information.

ANNs can perform an assortment of functions, such as clustering data, supporting vector machines, and creating self-organizing maps. Self-organizing artificial neural networks have been used for predicting high-risk preterm birth, detecting epilepsy, and monitoring different infections. In these areas, the accuracy ranges from 87% to 90%.

Increased accuracy could provide better treatment outcomes along with fewer wasted resources. Overall, artificial neural networks could greatly contribute to improving and completely modernizing this aspect of the healthcare industry.

Discover how this AI solution deals with retina pathologies diagnosis

Artificial neural networks have the equally exciting potential to make an impact on the finance side of healthcare.

For one thing, ANNs possess tremendous forecasting capacity. By applying more advanced forecasting techniques based on computational algorithms, hospitals will be able to plan their resources more effectively and avoid unnecessary expenditure.

What’s more, artificial neural networks are also able to predict trends in outpatient visits. This can help hospitals in a number of ways, such as making decisions about hospital policies, organizing schedules for finance and human resources, and distributing hospital materials.

So far, we’ve touched upon the benefits of artificial neural networks for hospitals. But what about patients?

Definitely, they too will see the gains. They, as well as their insurance providers, will have a better idea of how great the financial burden of their disease or condition will be, and how much the treatment will cost in the long run. Insurance companies will be able to predict how much they would need to spend on each patient.

More accurate prediction will benefit all parties in the healthcare context, not least through the potential to reduce the costs involved in running the full scope of hospital functions. The result is greater efficiency and the chance to extend care to more patients.

The perspectives of artificial neural networks in healthcare 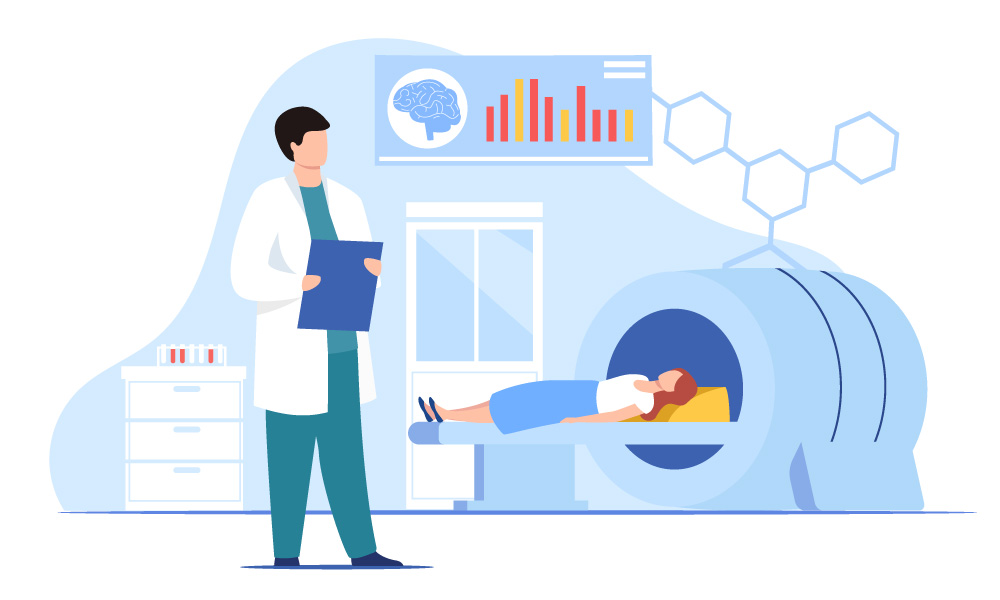 Artificial neural networks, and AI as a whole, hold a lot of promise for the healthcare industry. This begs the question: why haven’t they been implemented in more medical directions so far?

The explanation lies in the fact that medicine is a complicated and very demanding field, and it takes considerable time for treatments and various diagnostic techniques to be approved.

Beyond that, a good deal of research needs to be carried out in order to back up the existing data. Artificial intelligence and its branches make up a still relatively new field, and while the initial results may look positive, there is still a long way to go.

Another problem is public perception of neural networks. Many people are a bit biased against the idea that computer algorithms will be taking decisions about their treatment.

What’s more, implementing additional technologies of this kind will lead to fears of widespread job losses among healthcare professionals.

But both concerns are unfounded. Medical artificial neural networks will neither replace doctors nor make decisions about patients’ treatments. ANNs are just another tool that doctors can use in order to improve their patients’ treatment and to convince themselves that they haven’t missed out on something important when carrying out imaging or diagnostic procedures.

As you have seen, the application of artificial neural networks in healthcare is a meaningful and momentous step forward. Medical image analysis and computer-aided diagnosis performed by ANNs are proving to be highly efficient advances at the cutting edge of technology.

The healthcare industry has been introduced to many other AI solutions too. These include content-based image retrieval, prognostication, manipulation of physical objects with LSTMs, reinforcement learning, surgical robots, image reporting, and caption generation.

Is this list complete? Almost certainly not. The healthcare sector seems to have embraced artificial intelligence, and the bond between the two is likely to be a long-lasting one. This means we are set to witness tremendous changes that will leave us with more advanced healthcare services.

Whenever you wish to experiment with this exciting technology and transform your business — just let us know. We’ll be glad to introduce you to the game-changing power of AI.