Strategic mobile arcade game with PVP duel battles, bets, NFTs, and its own DUEL coin. The game outcome is provably-fair with the use of smart contracts.

Our primary objective was to deliver a great product to the mobile game market and to enable avid gamers to make profits and become true creators of the gameplay. Here is a to do list we made and sticked to:

Duels blockchain game is the result of a joint brainstorming and collaboration of PixelPlex mobile and blockchain development departments. We’ve launched a one-on-one arcade that bypasses centralized game operators and puts the player’s intuition and skills to test. 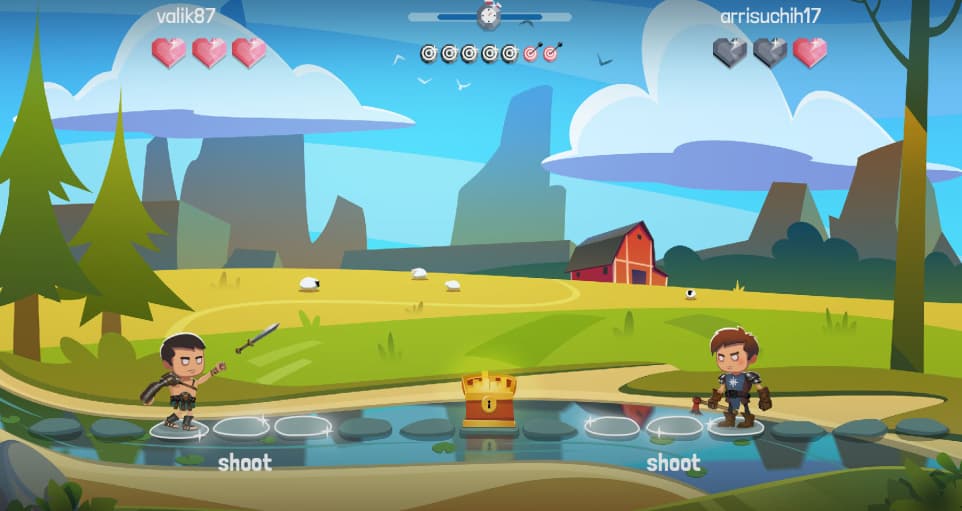 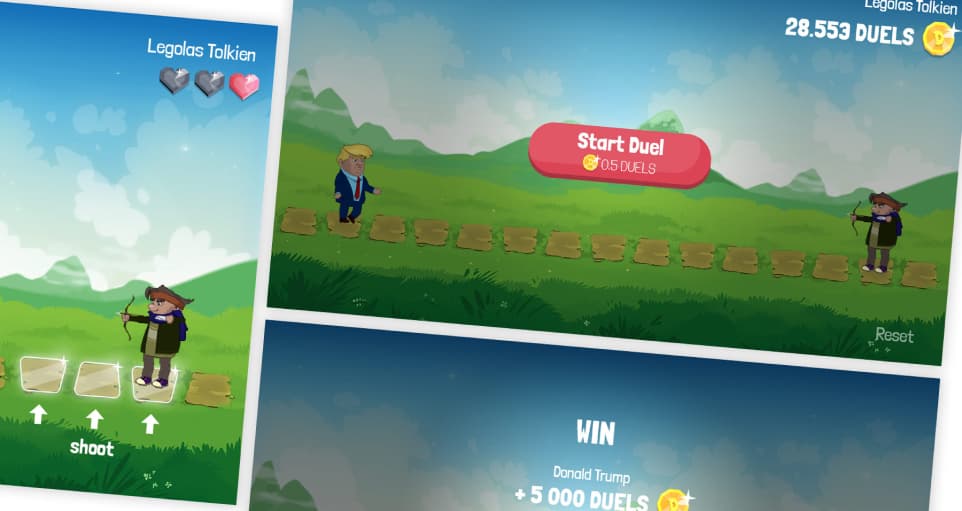 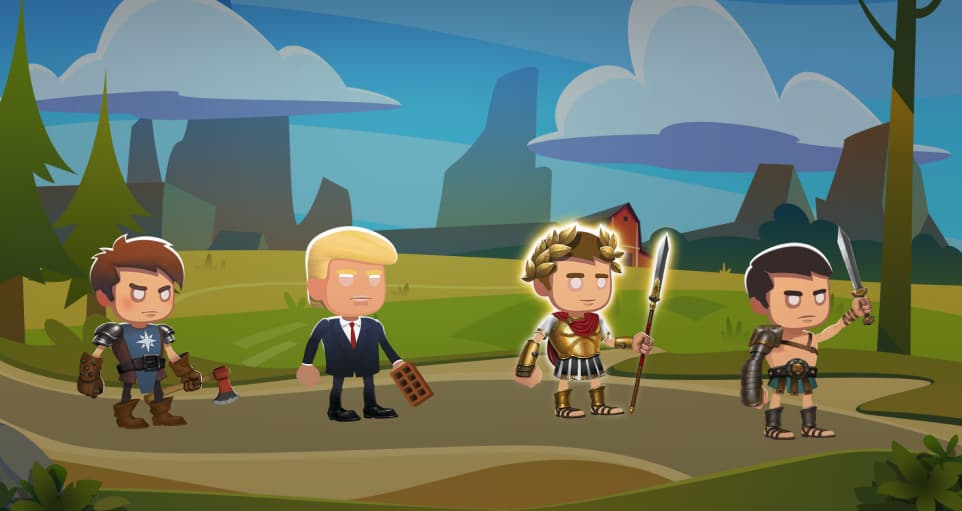 Blockchain games that store virtual objects and collectibles, confirm and safeguard player’s progress conquer the hearts of an ever-increasing number of gamers worldwide. Ubisoft and many other gaming industry leaders already harness the decentralization model.

Our blockchain development team at PixelPlex wanted to implement the model in an easy-to-use form, targeting mobile game enthusiasts. Eventually, we launched the development of a small catchy arcade game using the tech able to overcome the issues often raised and discussed on game forums and social channels:

The gameplay can be described as fast-paced, short and simple duels, with great graphics and easy-to-learn rules. The wooden treasure chest is only 3 steps away from both players. However, to succeed and be the first to get to the chests with the loot, you must switch on all your strategic thinking. There is no simple way to predict your enemy’s next move: will one, two, or three steps be taken at a time, or how far a spear, an axe, or a heavy brick might be thrown? This is left in the hands of fortune and fate.

So what’s the mission anyway? Outmaneuver the opponent. Don’t let your rival reach the treasure chest with gems and gold before you do.

Is there a sure win strategy? Get strategic. Or just rely on your gut feeling. Sit back and enjoy the surprising twists without questioning the fairness of the duels’ outcome that is ensured by smart contracts that our experienced blockchain game development team has engrained into the game.

The Duels game comes with no conventional back-end. Its gameplay mechanics are implemented entirely via blockchain technology.

The blockchain game development team at PixelPlex made Duels run on smart contracts using the Echo advanced blockchain protocol, our inhouse project that we continue to support and develop. Duels uses Echo for processing in-game moves and actions, delivering a fair and transparent gaming process. For gamers, this means one thing: if their moves in any way contradict the stated game logic, the smart contract rejects that activity.

Here are some other features that stand out and are definitely worthy of attention:

Blockchain allows to turn a “pay-to-win” game mode into a system named “play-to-earn” through non-fungible tokens (NFTs) and the DUEL coin. During the game, players can buy, sell, trade, or exchange their collectibles, unlock cool weapons, and upgrade skins to ‘uncommon’, ‘epic’, or even to Donald Trump.

NFTs are owned by the Duel players and represent liquid and verifiable game assets.

Overall the Duels blockchain game provides fairness of play with the space to earn rewards in real funds, while at the same time delivering pure entertainment to its players.