“The limits of my language mean the limits of my world,” famously penned Ludwig Wittgenstein, the renowned nineteenth-century Austro-British philosopher who worked mainly in logic, the philosophy of mathematics, the philosophy of mind, and the philosophy of language.
Indeed, learning world languages permits precise and expressive communication with a broad range of people from all over the world. This essay will explore the use of emerging augmented reality technologies in world language learning; in particular, I will address the potential of these technologies to overcome barriers inherent to vocabulary acquisition, conversational practice, and the preservation of endangered languages.

What is Augmented Reality?

Augmented reality is the pioneering use of computerized photographs and videos that integrate imagined objects with the real, physical world. Current tech CEOs, such as Mark Zuckerberg, have predicted future applications of augmented reality as being able to produce images, such as television videos or a board game setup, without any physical device, such as a laptop or smartphone.

Currently, augmented reality devices have sometimes involved special goggles that one places over one’s eyes - the U.S. army has even funded research this year investigating the use of these goggles for military combat dogs - as well as various apps developed for smartphones.

In world language learning, augmented reality has not yet begun to be widely used. However, there is already at least one app, Memrise, providing an augmented reality feature called “object recognition.” This feature allows users to direct a smartphone camera in a panorama of their immediate surroundings, with captions overlaying the real-world objects that identify their names in the target language.

Vocabulary acquisition is a critical determinant of language proficiency. In my own personal experience in studying Russian in college, I have discovered that it is the necessity of memorizing an enormous amount of vocabulary with phonology that differs from English that contributes to the difficulty in learning this in-demand language.

In fact, there is an entire set of languages designated by the U.S. Government as “critical languages” that contain a high level of non-familiar vocabulary or phonology, other than Russian. These languages for which vocabulary acquisition can be particularly difficult for English speakers include Mandarin Chinese, Korean, Arabic, Hebrew, Turkish, and Georgian.

The Department of State’s School of Language Studies divides popular languages into the following groups based on their complexity compared to English and the number of hours it takes to learn them:

However, even with languages whose vocabulary is typically more accessible for Native English speakers, such as French, Spanish, and Afrikaans, targeting vocabulary in a technologically sophisticated way could improve language proficiency, as well as accelerate acquisition.

The most widely studied group of people learning a language via technology has been English-language learners, and such studies have noted a positive effect. Most of the current technology that has been integrated into the world language classroom has focused on vocabulary acquisition. However, data collected does demonstrate the positive effect of technology on language acquisition.

Moreover, the application of augmented reality has possibilities beyond vocabulary acquisition. An important part of language learning that is lacking in many traditional computer- or smartphone-based language-learning software is interaction. A somewhat advanced augmented reality software could potentially mimic conversational patterns by processing images of surrounding areas and determine a list of common phrases associated with the setting. For example, if the software recognized a location as an airport, a menu could appear that specified phrases in the target language, with the option to translate the specific word or words.

Two examples of phrases that might appear for a user in an airport are “Here is my ticket” and “Where is the bathroom?” For advanced registered users, more specific options could become available, such as “The men’s restroom is on the left, while the women’s restroom is on the right” or “Please help me retrieve my luggage from the baggage carousel.”

The implementation of the ability to translate specific words based on visual input suggests that complete sentences could be very feasible in the near future, especially were augmented reality to become a focus of a startup, with plenty of staff to work on the memory for phrases and helpful sentences.

Additionally, augmented reality features could potentially include a realistic conversation. Conversational practice is extremely important in becoming fluent in a language and is a skill that is missing from many otherwise excellent language-learning apps such as Duolingo. Traditional conversation software includes Pimsleur, which is available on CDs that language learners can play at home or in a car using sample scenarios in which users are encouraged to repeat sentences in dialogues.

While very helpful, such programs are less engaging than potential virtual reality software, since they do not truly emulate real-world conversational situations, where people often must improvise. However, in an augmented reality application, a user could open the app and talk to a virtual assistant, similar to Siri or Alexa, in the target language. The virtual assistant would aim to appropriately respond to the user’s sentences.

The use of augmented reality could help facilitate this feature by including a video of a user mouthing words, in order to better emulate the experience of actually conversing with a native speaker and to increase user engagement and enjoyment of the software. If the camera were integrated into this feature, a user’s setting could potentially help the technology to recognize the words spoken by the user.

As virtual assistants grow more sophisticated and helpful with each passing year, the possibility of such an app in the future certainly appears to be on the horizon. Although the costs of developing such a software would be high, the long-term costs of maintaining such a software would be quite low relative to hiring live conversation tutors. Also, applications with a social component, such as HelloTalk, allow users to communicate with native speakers who are looking for help in learning the user’s native language in exchange.

This setup, while fantastic for people seeking to connect with native speakers, is not ideal for people seeking to simply learn the fundamentals of conversation in a new language as quickly as possible, (for instance, before a major trip). A virtual assistant, aided by virtual reality, could allow language learners to learn a language efficiently and effectively, with minimal cost.

The plight of endangered languages is only just beginning to gain global attention. There are tens of thousands of “endangered languages” around the globe - languages that are at risk of dying out entirely due to a dearth of speakers. The Endangered Languages Project, a non-profit organization partially funded by the National Science Foundation (NSF), keeps track of over three thousand of such languages in more than 180 countries, including nations as diverse as Algeria, Bulgaria, Cambodia, Kazakhstan, Kenya, and Italy.

Language-learning applications that make use of artificial intelligence, such as DuoLingo, have already become popular among people seeking to learn less commonly taught languages, such as certain Native American Languages or Irish. The DuoLingo app boasts that there are more Irish learners using its app than native Irish speakers.

Language learning is a field where diversity should prevail. The American feminist writer Rita Mae Brown stated, "Language is the road map of a culture. It tells you where its people come from and where they are going". Psychology studies have shown that greater diversity improves learning outcomes and this trend may be especially true of language learning, where speaking with different people provides a wealth of new vocabulary, speaking styles, and perspectives.

While the U.S. population is shrinking, its diversity is growing. As shown in the pie chart created by the Carsey School of Public Policy at the University of New Hampshire below, whites make up just over half of the population in 2020. For this reason, it is especially important that new language learning software of any kind target more diverse audiences.

Were a virtual assistant application to become successful, developers could introduce the possibility of using models with different faces as virtual assistants, which would encourage greater diversity, as people are statistically more likely to feel comfortable with people whose faces are similar to theirs.

Particularly in today’s political climate, where discussion about race is becoming more common, the use of models from many races, with different habits and manner of speaking, could increase the number of people willing to try their hand at learning an unfamiliar language.

With the popularization of the audiocassette in the 1970s, technology has long been important in simulating conversation and facilitating vocabulary acquisition. Today, we are seeing an unparalleled increase in technology use for language learning - for instance, DuoLingo users have risen to unprecedented numbers during the global pandemic, with users doubling over the month of March 2020. The graph below depicts the startling rise in DuoLingo users corresponding with the start of stay-at-home orders in March during the COVID-19 pandemic.

As an emerging technology, augmented reality has the potential, even further, to dramatically alter the way that people acquire world languages. Whether in the classroom, at home, or at work, augmented reality applications could revolutionize language learning by providing virtual conversation partners to engage learners of all backgrounds.

With the popularity of artificial intelligence applications such as DuoLingo, more people today than ever have the opportunity to effectively learn world languages from home. Augmented reality technologies could further improve the way that people learn world languages. Ultimately, if the limits of our language are the limits of our world, then as our language acquisition becomes less limited, our global cultural understanding will continue to expand for decades to come. 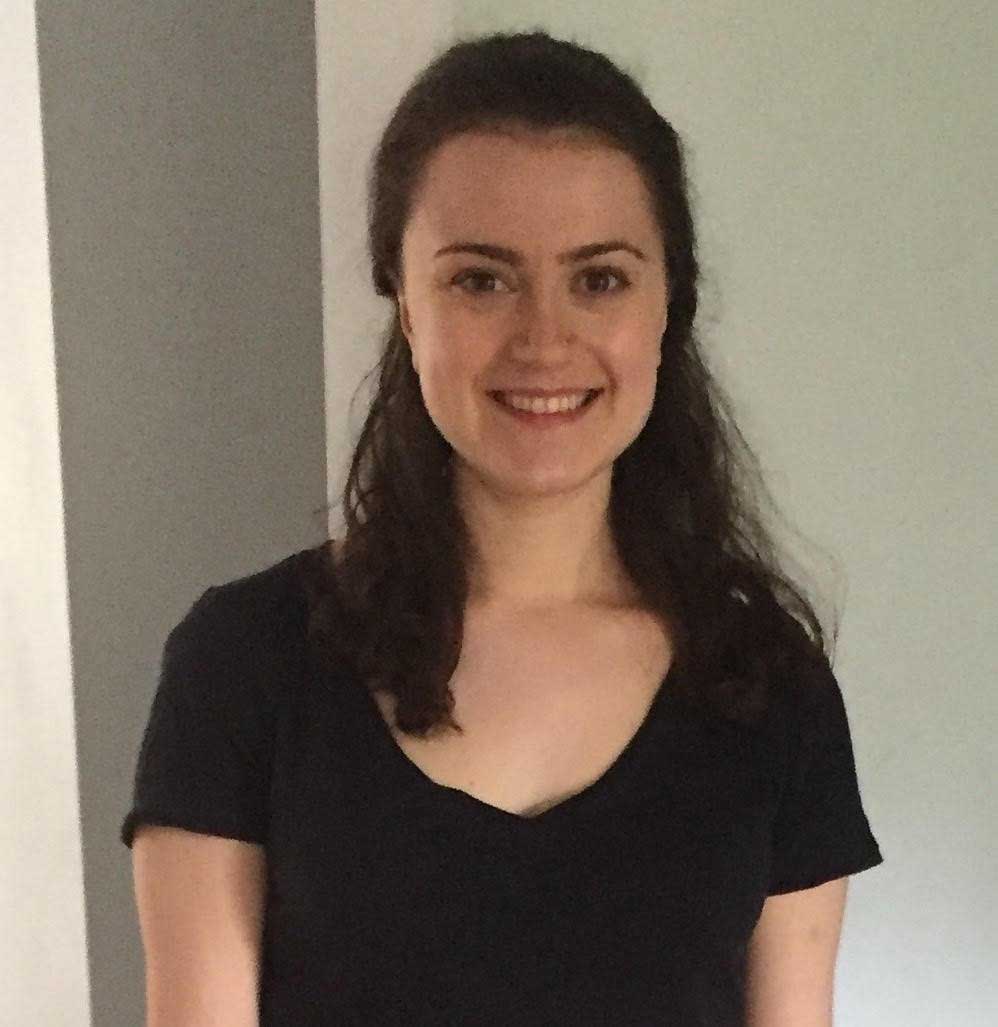