Our team was excited to help expand the immersive capabilities of the Treadwater comic books and apply our AR expertise. We were further engaged in an even bigger project and worked on the design and development of the treadwater video game.

Our slick and intuitive mobile app blurs the boundaries between physical and digital experience and brings comic characters to life in the form of AR 3D models, crafted by our designers. We also made it possible for comic book fans to interact with the characters by providing a set of unique and individual animations. 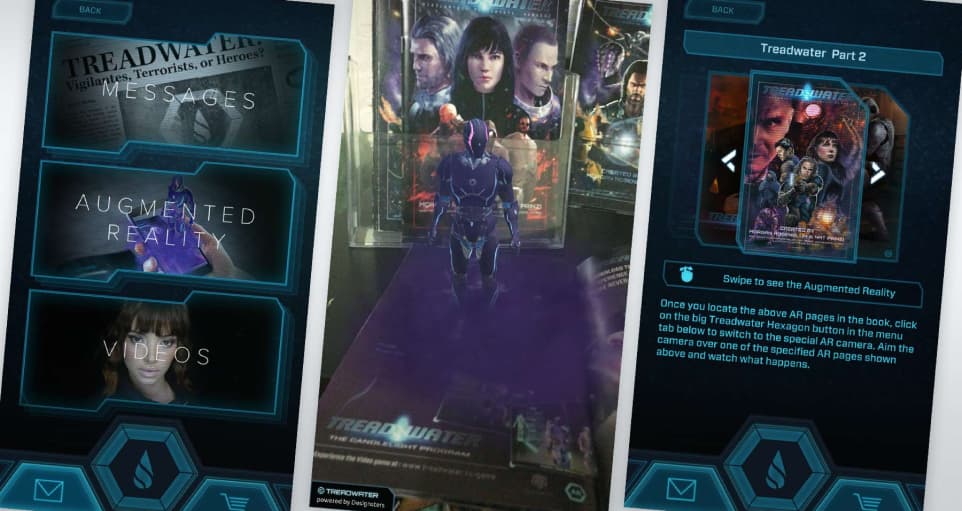 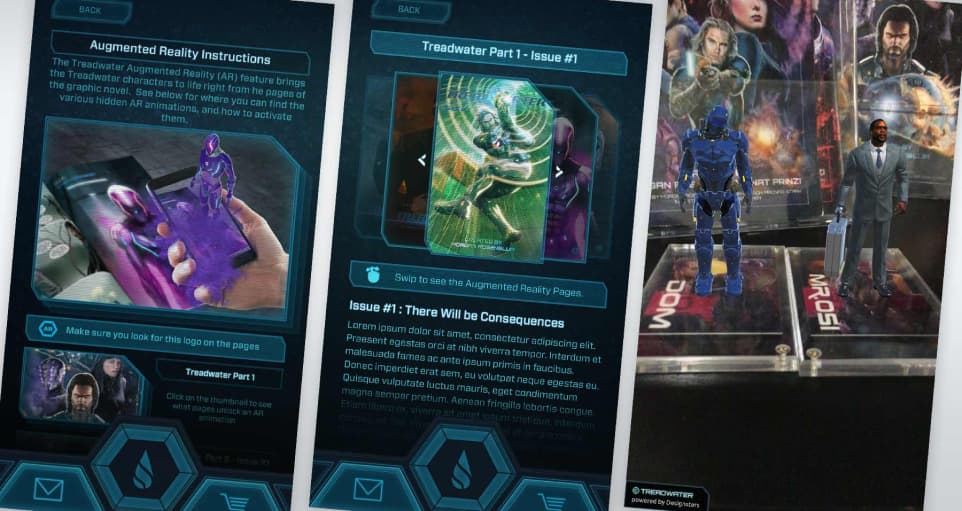 Some Background on Treadwater

Treadwater began as a best-selling indie graphic novel and has since become a full-fledged franchise with a proven track record and rapidly growing following. The novel about a courageous team trying their best to maintain world peace has developed a cross-platform presence with digital and paper copies interconnected through a single storyline.

Treadwater has been featured internationally at the world’s largest comic book conventions and made numerous appearances on top media platforms like WhoSay and Twitch.

The app home screen was designed to capture your attention and  lets you immerse yourself in the adventure of the graphic novel storyline. We’ve done everything to make the experience authentic: from the smooth futuristic navigational elements to just the right color scheme to fit the graphic novel’s plot.

It’s not just an AR mobile app, it’s an additional layer of experience, providing comic fans with original content, videos, and a seamless UX to make use of the AR features.

Readers can bring their favorite characters to life just by holding the AR camera over the comic book page. All characters have their individual and unique scenario presets that change in response to user actions like tilting, lifting, or shaking, which in turn makes characters responsive and life-like.

By visualizing the printed version and pairing it with augmented reality, the app establishes a bridge between traditional and digital reading, which boosts the reader’s engagement.

Extended Reality and Its Applications for Modern Business