Ethereum and Ethereum Classic are two distinct platforms, each with its own set of values. The philosophy of the camps behind them is what steers the direction of their development.

Everyone by now is probably familiar with Ethereum, the top alternative to the original Bitcoin cryptocurrency. As DeFi grows in popularity and the NFT market expands, the Ethereum platform is bringing a wide range of industries onboard, from retail to entertainment.

But what about Ethereum Classic, then? You might have already stumbled upon the ETC coin while treading on crypto exchanges. Especially given that much like several other top cryptos, Ethereum Classic recently saw a huge spike in price.

It often comes as a surprise that Ethereum has a twin brother. Crypto enthusiasts, though, surely remember when the platform split in two after an infamous $50 million hack, which was a tough blow for many believers in blockchain’s solid security and decentralization.

Read on to find out more about this episode, and learn why Ethereum Classic is sometimes considered an attractive and cheaper alternative to the mainstream platform.

Ethereum origins: before the split 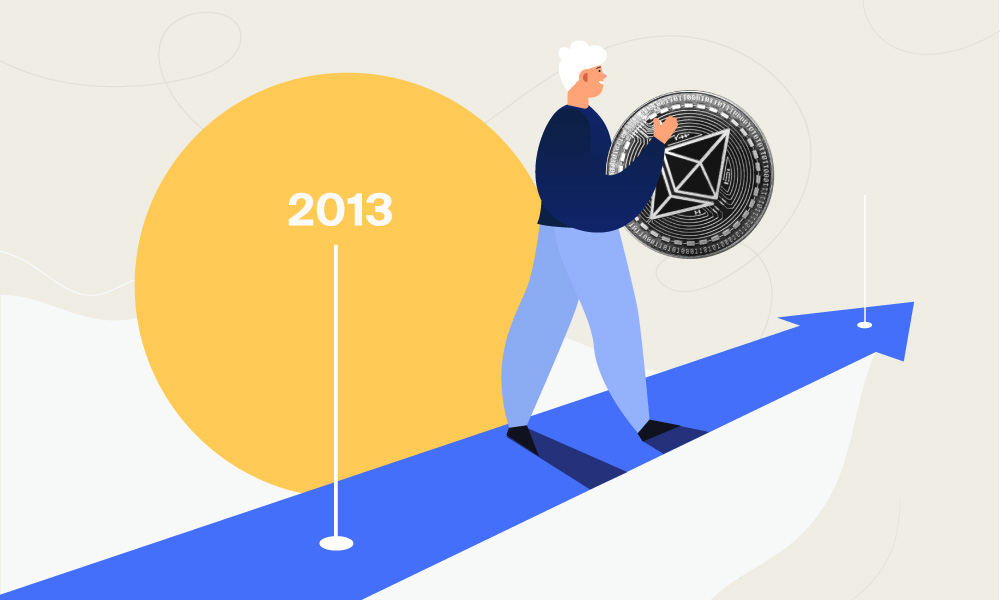 Ethereum was introduced as a groundbreaking project by Vitalik Buterin back in 2013. The main idea was to allow developers to create their own applications for the blockchain and automate the execution of tasks.

Obviously, the crypto community wanted much more from the prevailing Bitcoin network than it could actually offer at the time. People were keen to expand the uses of cryptocurrency and bring the benefits of decentralization to more areas of life and business. Ethereum delivered on its promise and thus paved the way for second-generation blockchains.

It was essentially Ethereum that introduced the concept of smart contracts — self-executable pieces of software that could carry out business relations between blockchain users. Simple pieces of code could be combined together to form the decentralized apps that dominate the Ethereum world today.

At present there are close to 3000 dApps on mainstream Ethereum, encompassing various projects from wallets to decentralized exchanges. There’s also a heap of apps offering an experience that’s more relevant to the average, non-crypto user. Ethereum dApps and platforms include supply chain, security, real estate, eCommerce, entertainment, and gaming solutions.

Before the split, it was the DAO application that sparked this outburst of exciting projects. And at the same time, the DAO was the reason for the Ethereum vs Ethereum Classic brawl and the eventual split of the community into two separate blockchains.

Check out some of the unique DeFi Lending, DEX, and payments projects on Ethereum

What was the DAO?

The Decentralized Autonomous Organization (DAO), first introduced to Ethereum, was an application aimed at funding startups and emerging projects on the network. It was also a tool used for taking all the important decisions regarding Ethereum’s future. Unlike traditional governing and fundraising bodies, the DAO operated without human intervention, being based on programmed code.

The DAO itself is not a one-off project. These types of applications are part of the very interesting concept of the self-governing independent company, and they deserve to be explored in their own right. Check out the full story on DAO in our overview article.

It was an outstanding achievement on Ethereum’s part to fully replace corporate leadership and give the power of control to the community through voting. To participate, all the members simply had to invest in the DAO. They contributed ETH to obtain DAO tokens which gave them the right to vote for projects.

The funds that were invested into the DAO were then distributed to the projects that won the vote. Those who invested benefited from the fundraising too, as stakeholders could collect dividends from successful projects.

The platform was an unarguable success, raising over $150 million in less than a month, with more than 10,000 participating investors. It was the largest crowdfunding project at the time.

The DAO also allowed an exit route for those investors who were disappointed by the choices of the larger community. They could withdraw their funds at any time. The only restraint was a 28-day lock period that prevented owners from spending these funds right away.

Ethereum flaw and the DAO hack

Shortly after the remarkable crowdsale, Peter Vessenes, a member of the community, discovered a serious vulnerability in Ethereum smart contracts. It concerned a potential “recursive call” vulnerability in the code, a problem that could allow the bypassing of certain stipulations set forth in the DAO by means of repeating actions and events in a constant loop.

Spelling doom for the original Ethereum network, Vessenes publicly disclosed this loophole. Some experts argued that despite the security flaw, the funds raised through DAO are safe and sound. However, while the community was busy fixing the bug, a mischievous actor took advantage of it and slowly drained $50 million worth of Ether.

Here’s how the hacker managed to steal the funds:

When the attack was discovered, sheer pandemonium broke out throughout the Ethereum network.

The aftermath: Ethereum hard fork and the birth of Ethereum Classic 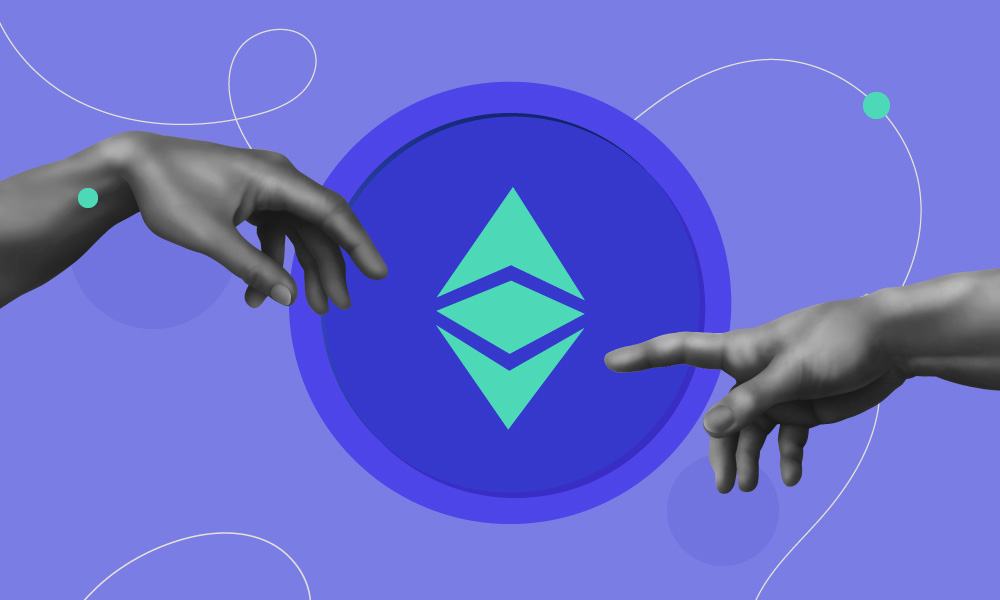 Naturally, those who invested in the DAO and lost their funds wanted to have their money back. Thanks to the 28-day holding period, this was still possible. Ethereum’s founders proposed a soft fork that would blacklist the hacker’s account and prevent him/her from transferring the stolen ETH.

The attacker responded with attempts to bribe the Ethereum community into not following the soft fork decision. A reward of 1 million ETH and 100 BTC awaited the miners who agreed to protest against it.

At the same time, the shady individual argued that the funds were acquired lawfully, according to rules programmed into DAO smart contracts. In part, this was true as the DAO was supposed to be governed strictly by the code, avoiding human intervention and centralized control.

Another argument was that any attempt to reverse the hack would hurt Ethereum’s status as an immutable blockchain ledger. It would put question marks over the philosophical and moral backbone of the technology.

Before the community could decide on the soft fork, a vulnerability was found in its own code as well, making the update unsafe.

Eventually, the chaos led to the drastic decision to hard-fork the network and roll back to its state before the DAO hack. This meant that all transactions would be reverted and funds returned to their owners. The hard fork reallocated the DAO investments to a separate smart contract, letting users withdraw their funds.

After a heated debate, the majority of the Ethereum community accepted the hard fork. Node runners, miners, and exchange providers were instructed to update their blockchain software. On July 20, 2016, the Ethereum network rolled back to block #1,920,000 and continued its story from there.

Get some insights on how to choose the best Ethereum wallet

What is Ethereum Classic then?

The decision to reverse the state of Ethereum sparked controversy. Blockchain networks were supposed to be immutable and provide a shield against any attempts of censorship.

Some users thought it was right to accept the DAO’s failure and to learn from its engineering mistakes. Sticking to the original philosophy ingrained into blockchain software, a portion of the community stayed around to preserve the original network and formed Ethereum Classic. 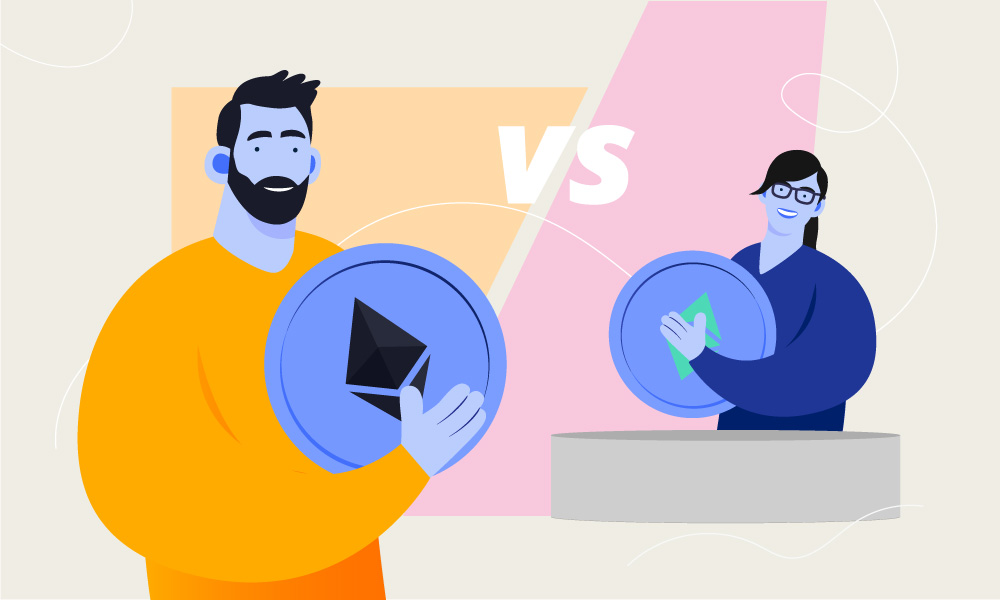 For the most part, Ethereum and Ethereum Classic are two very similar platforms. Their blockchains are identical up to block 1,920,000. From this point each network went on to record its own history of transactions.

Ethereum Classic tries to keep up with its mainstream counterpart in terms of updates to functionality. The latest Magneto hard fork is a good example of its efforts. The update follows the Ethereum Berlin upgrade and is intended to improve network security while cutting down on gas fees.

Both platforms offer smart contract capabilities and provide the tools to create and host decentralized apps. However, mainstream Ethereum is much more popular among developers since its more dynamic approach to change is much more appealing.

Ethereum Classic tends to be more conservative and does not have the support and resources of the Ethereum foundation, with Vitalik Buterin at its helm.

How is Ethereum Classic different?

Unlike Ethereum, which has an unlimited supply of ETH crypto, Ethereum Classic established a more predictable monetary policy for its ETC tokens. Back in 2017, the Gotham upgrade set its supply hard cap for 210 million ETC, with block rewards being cut by 20% every 5 million blocks.

This makes it very different from mainstream Ethereum, where the yearly supply was fixed at 18 million ETH. It creates a sort of rarity for the ETC cryptocurrency and maintains its value.

Another key difference between the two blockchains lies in the consensus mechanisms they use. Ethereum Classic intends to continue to rely on proof-of-work mining, as pioneered by Bitcoin, although the approach has been deemed in some ways inefficient and obsolete. This is also a sign of the Ethereum Classic’s conservative ways.

The mainstream Ethereum, on the other hand, is set to transition to an alternative proof-of-stake consensus. The update comes as part of the migration to Ethereum 2.0, an even newer version of the network that aims to overcome its scalability and performance issues. This step forward shows clearly how Ethereum follows a philosophy of embracing changes and adapting to modern realities.

Find out how well Ethereum fits for NFT development vs. newer blockchains like Flow

Why use Ethereum Classic?

Having a more robust monetary policy, Ethereum Classic and its ETC cryptocurrency can prove to be a more reliable store of value. It takes quite a lot from Bitcoin’s philosophy, so it may be somewhat more stable and less prone to fluctuations than most alternative coin platforms.

Given its high compatibility with mainstream Ethereum, some crypto enthusiasts believe the two platforms could form a strong symbiotic relationship. Ethereum Classic provides the same capacity to run and develop dApps for the growing DeFi world of tomorrow. At the same time, its competitive price provides a good entry point for lower-ranked investors.

The split of Ethereum into separate chains created two different camps, each with its own strategy and beliefs. Ethereum Classic decided to maintain the legacy of the original network and stick to the principles of true immutability and decentralization. Mainstream Ethereum favors the philosophy of adapting to the changing environment. The Ethereum 2.0 initiative clearly indicates how determined the community is to make the platform better for a wide audience.

The Ethereum Classic vs Ethereum tagline is evidently a long way from the boxing ring faceoff of sportswriters’ dreams. Mainstream Ethereum has enjoyed much broader adoption, and has a much larger community that seeks to maximize the platform’s performance and further develop its DeFi capabilities.

On the other hand, Ethereum Classic’s stance with the original proof-of-work consensus and its robust monetary policy could make it an interesting alternative to the new Ethereum 2.0 blockchain. In the light of recent moves to provide interoperability between networks, the strengths and weaknesses of both Ethereum twins can be leveraged to create competitive solutions.

Just don’t forget to seek the expertise of a seasoned dApp development team if you’re looking to shake up the market with a new Ethereum project. A good team of experts helps avoid most of the pitfalls and technical difficulties along the way.