Choosing the Right Font and Its Presentation: A Key to ADA Accessible Websites

Using accessible fonts that conform to Web Content Accessibility Guidelines (WCAG) is a vital step towards designing websites that are ADA compliant and can reach a broad audience. An accessible font is one that is simple, clear, and legible, and will not slow the reading speed of any user, including those with visual impairments, dyslexia, and reading disorders.

The web is a place of public accommodation where everyone has an equal right to participate, to access, present, and retrieve information despite any disability. The Americans with Disability Act (ADA) was passed to ensure equal opportunities for individuals with disabilities. While the internet was still in its infancy at the time, the reality is now that it applies to all virtual places, including digital services and online content.

To fulfill their legal and moral obligations, all organizations and businesses are required to make their websites and online channels accessible to disabled people. One of the key pillars of designing an accessible website lies in the legibility and readability of its text content. This is only achievable using accessible fonts.

We have organized this guide to help our readers answer questions like What are accessible fonts and what is the best font to use for a website? Read on to find out about the details of ADA approved fonts and their characteristics. We will also cover some of the features needed to make a website accessible to people with visual impairments, dyslexia, and reading disorders.

An overview of font families

Fonts and different font families hold an important place in digital typography. A font family is made up of a set of different fonts that share similar characteristics and attributes pertaining to design styles. Understanding their properties can help web designers choose the most accessible fonts for their websites. While there are many font families, here we are listing four of them, which can also be configured by a user in a web browser:

There are various units for defining font sizes: 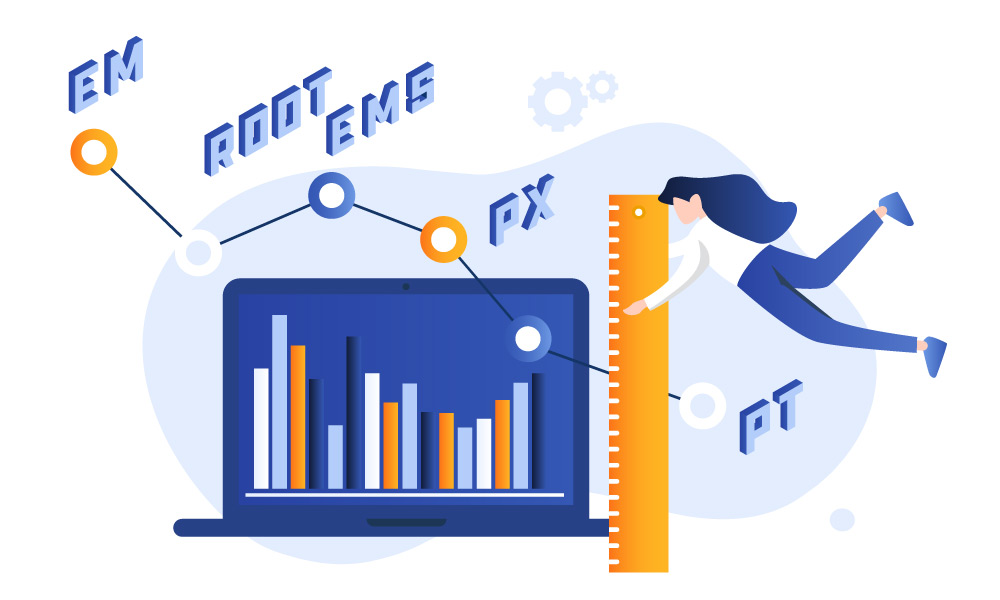 What makes a font inaccessible?

Inaccessible fonts excluded from the ADA compliant font list are the ones that:

If a font is decorative with adornments, it becomes difficult to read. All fonts with decorations at the end of a stroke may be harder to read for some users. Cursive or handwriting style fonts also make the text inaccessible, and hence they are not the best fonts to use for a website.

What are accessible fonts?

When designing a website, one of the most important aspects is the selection of the right font and its presentation. The vast majority of websites require a lot of textual content, which should be perceivable and viewable. The key to an accessible website is therefore the readability of text within it, which is expressed using different font styles and colors.

Which standard fonts are accessible? 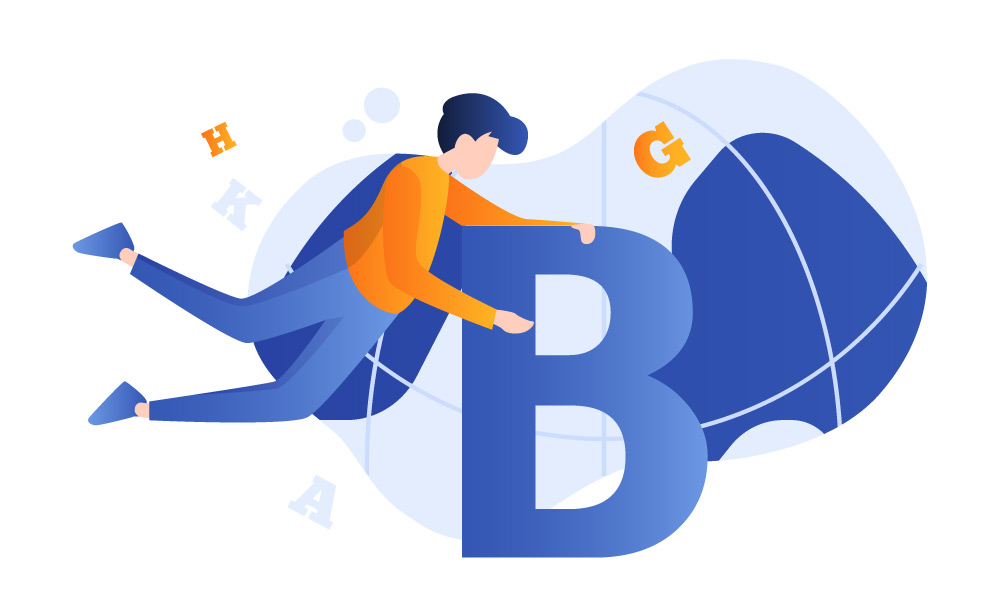 Unfortunately, the opinion of experts differs on the most readable font for the web, and which typeface should be used, as different users have different sets of requirements. For example, an audience with low vision would have a greater need for larger text. People with low field vision but a higher clarity of vision would need more characters to fit in their field of vision while keeping the text size small. People with dyslexia or reading disorders also have their own needs.

It is best that web designers offer flexibility so that users can choose their own fonts. If a web page uses the default web browser’s font, then a reader won’t have to switch to a different font every time the web page is loaded.

While there is no fixed ADA font size requirement, accessible ADA compliant fonts are clear, clean, and distinguishable as opposed to cursive or handwriting styles. It is generally agreed that sans-serif fonts are easier to read and more accessible than their serif counterparts. The ADA compliant font list includes, but is not limited to Arial, Calibri, Century Gothic, Helvetica, Tahoma, and Verdana.

The importance of accessible fonts

Most of the information on the web is conveyed and disseminated via textual content. One method of presenting text is via .png or .bmp images of text. However, this is not a viable option for many reasons. For example, when images are scaled, their readability deteriorates. Also, text within images cannot be read aloud by screen readers. Hence, all text on a website should be composed of accessible fonts, which are readable and viewable.

Designing an accessible website using accessible fonts is now no longer only a recommendation or an optional feature. It is mandatory; if a website violates accessibility principles, its host company or business runs the risk of facing heavy penalties, fines, or lawsuits. This fine can be as high as $75,000 for the first violation and more for subsequent non-compliance.

There are an estimated 32.2 million adults with visual impairments, according to the National Health Interview Survey (NHIS) data. This includes not only blind people but also people who have low vision despite wearing glasses. The CDC predicts that this number is growing fast because of age-related or disease-related visual impairments.

When designing websites, companies, and businesses that cater to this large minority of the population will naturally enjoy a wider audience. It is a known fact that if the text is harder to read on a website, it will have a smaller readership and a limited number of page visits. Hence, adding ADA approved fonts to a website is an essential aspect of running a successful business. 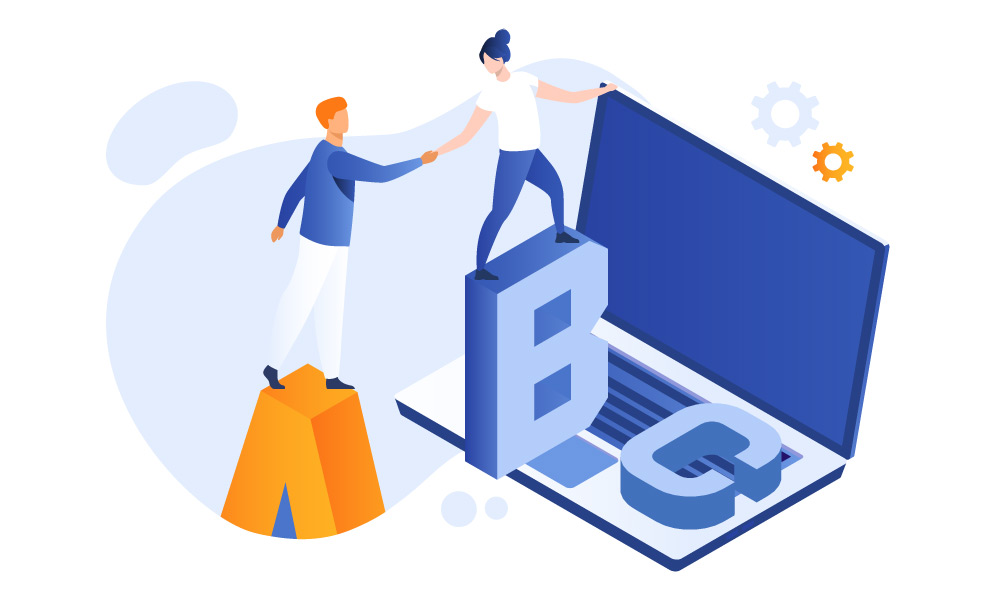 The British Dyslexia Association (BDA) points out the following important aspects to be kept in mind when designing websites and selecting accessible fonts for individuals with dyslexia:

Specialist fonts have been designed for people with dyslexia, e.g., Dyslexie and OpenDyslexic. Both these fonts are freely available and can be downloaded without cost. They are among the best fonts to use for a website when catering for dyslexic individuals. Similarly, Fs Me font is for people with learning disabilities and is supported by the UK’s learning disability charity Mencap.

Web Content Accessibility Guidelines (WCAG) were developed and published by the World Wide Web Consortium (W3C). These recommendations form the widely accepted standard for the design of accessible websites and online content. In the U.S., Section 508 final rule directly requires WCAG to be followed with at least level AA compliance. For ADA related lawsuits, the Department of Justice and the U.S. courts have often referred to these guidelines to evaluate the accessibility of public websites.

WCAG has clear guidance on accessible fonts for visually impaired users, including attributes and design features such as color, contrast, size, and proportions of text. There are also recommendations for the layout and structure of textual content that makes a webpage more readable and accessible. It is essential to incorporate these features in a website to accommodate users with low vision, dyslexia, reading disorders, or other cognitive disabilities.

Font size and proportions: let the user control them 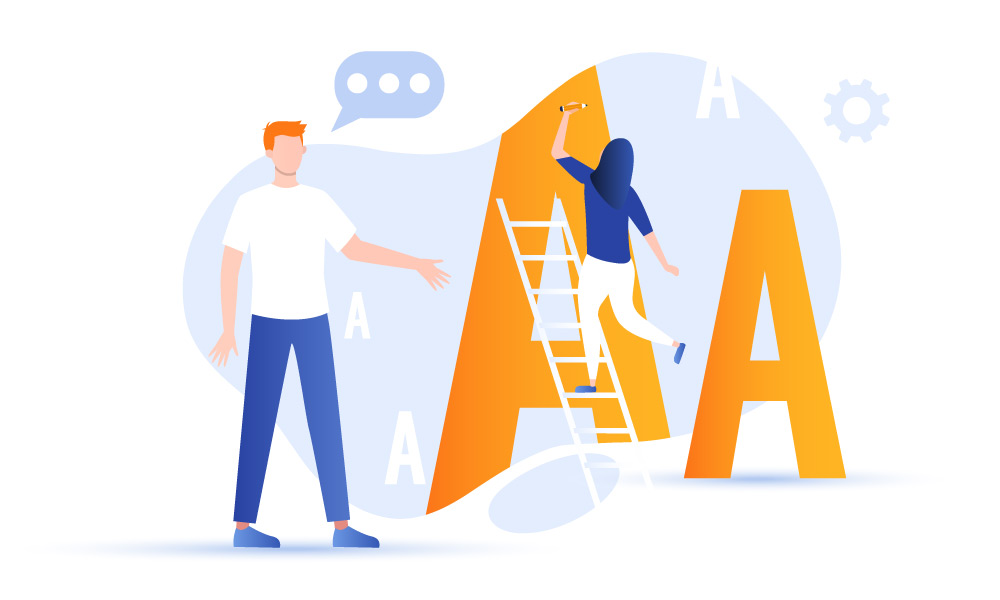 When writing text, the shape varies, and this also depends on the language. Some alphabet shapes are complex while others are simpler and easier to read even at smaller sizes. This is the main reason why a minimum font size is not defined in the WCAG. The following are important aspects to consider when choosing the best fonts for accessibility and the best font for reading on screen:

Text spacing: make it relative to the font size

WCAG 2.1 has the following recommendations for text spacing:

Generally, the character count is used as a unit of measurement of line length. Despite any disability, it is harder for people to read longer lines than shorter lines, as line breaks allow the eyes to rest. Ultimately, the line length should not exceed 80 characters.

People who have a smaller field of vision require narrower text areas, where they can easily make out the end of a line and the beginning of the next. Hence, the line length should be controllable by the user. If they adjust the viewport, the lines of text should automatically wrap around and reflow, allowing the user to read the text without horizontal scrolling.

All web content should be structured and organized into short paragraphs, and long sentences should be avoided. The paragraphs should be either left-aligned or right-aligned. Although justified text may look more visually appealing, it should be avoided as extra spaces within lines make it inaccessible. The same goes for centered paragraph styles, which may make it hard for a reader to find the start of the next line.

The wise approach to font color 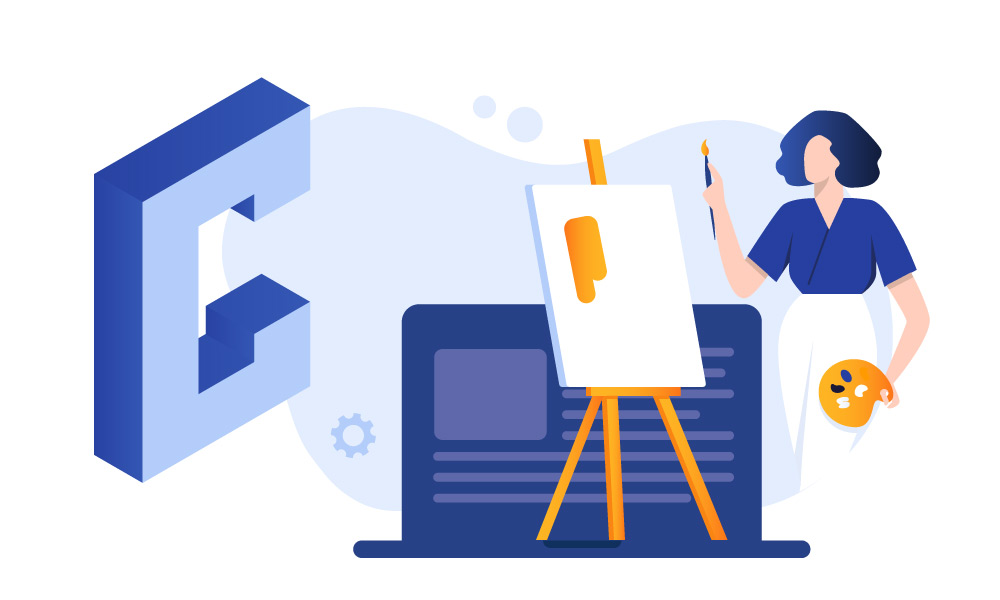 Effective use of color is important for conveying meaningful information to the user. For example, mandatory fields in forms can be marked by color highlights, errors can be shown in red, the blue underlined text usually indicates hyperlinks, and grey can be applied to show disabled form fields.

Although colors increase the aesthetic appeal of a webpage, care should be taken to accommodate people with low color perception, who may not be able to make out the color differences. WCAG 2.1 states that alternate visual cues should be used for distinguishing various features aside from just color.

The use of color is closely tied in with contrast ratios. It is essential to have a good color contrast for readable and accessible text. The following points are important when considering accessible fonts for visually impaired users:

The WCAG 2.1 guidelines for contrast ratio are listed below: 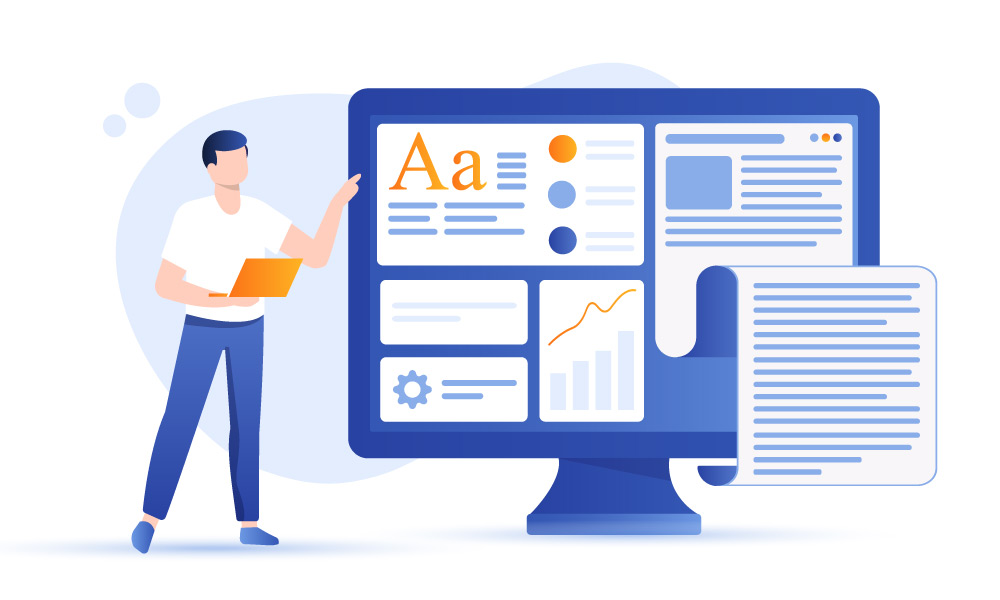 Apart from incorporating fonts for visually impaired users, it is also important to pay attention to text layout and structure. When it comes to the overall presentation of text on a web page, the following key points should be followed:

Removing digital barriers and providing the same internet experience for all individuals, with or without a disability, should be the top priority of all companies and organizations. To achieve this, WCAG provides valuable recommendations for choosing the best fonts for a website, which render readable text to all users including those with low vision, dyslexia, or reading disorders.

Businesses with little or no ADA experience can turn to experts when designing and creating new websites or remediating their existing sites. Being proactive to ensure the accessibility of all web content and online services will help to avoid heavy monetary fines and damages.

It is prudent to acquire help from a team of developers, designers, and engineers who have the expertise and experience of developing ADA and 508 compliant websites. As part of our web accessibility services, we offer complete packages for developing websites based on WCAG standards, remediating legacy websites, and conducting regular audits to ensure the accessibility of your website.

Get front-row industry insights
with our monthly newsletter