Commissioned by the makers of this board game that connects over a million players worldwide, we created a social gaming platform along with a Facebook game bot, as well as web and mobile apps, allowing users to strategically conquer paper territory on the screens of their devices. 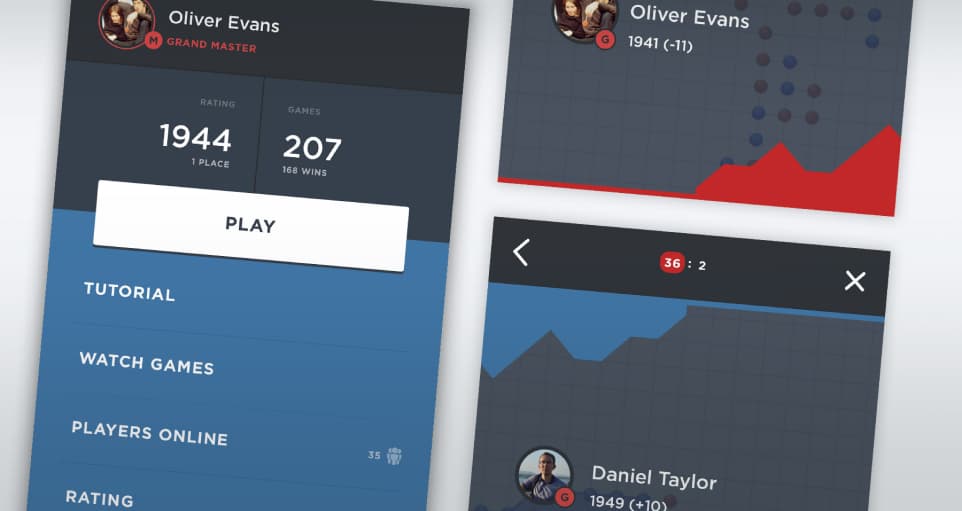 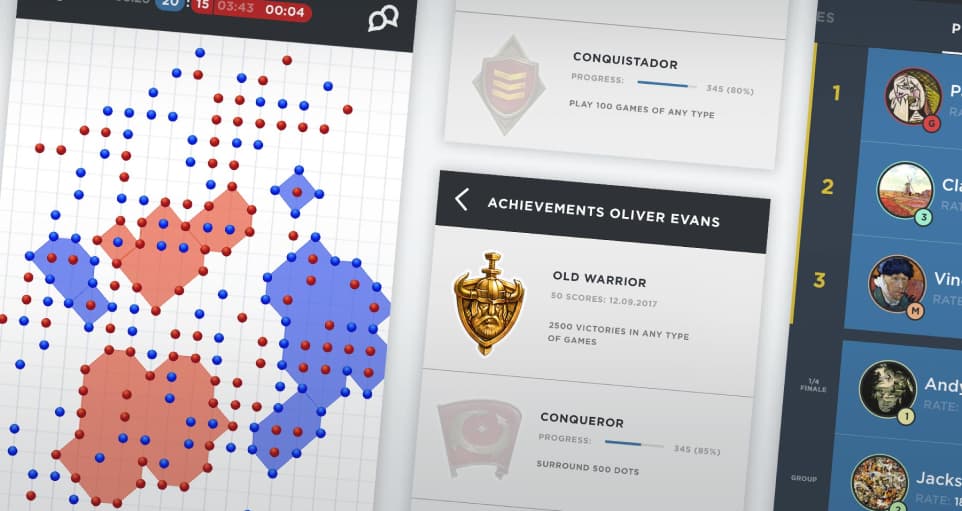 Being similar to the Chinese board game Go, Dots has become popular during the mid 20th century. Unlike Go where you need to surround actual pieces of your opponent on the board, the primary target of Dots is capturing territory by surrounding the opponent’s dots on an outlined paper with a continuous line of your own dots. A player wins by claiming more territory than the opponent.

Members of the Dots game community regularly host tournaments with prizes. Just as any other board game, Dots requires the presence of another player, so if there’s no company around, a player is deprived of playing Dots. So what we were aiming for was to create a game that would connect not only dots, but players around the world and engage them in this challenging, strategic mind game. It was also decided to create an advanced game bot.

Dots is a social network game and platform with user profiles, tracking of player’s performance in the game, their ratings and achievements.

Players can invite their friends through social media or add new friends within the game itself, chat with other players via direct messages or using one of the public chats (main, in-game or tournament), block players or send complaints to admins.

Players compete to earn ranks and achievements by winning games and completing challenges, such as surrounding 2500 dots or having a certain amount of victories over opponents. Ranks range all the way from novice level to grandmaster.

There is also an in-game live assistant that helps novice players by giving minor hints on deciding moves. The assistant is available only for the player’s first game and is monetized afterwards. However, a player can recover assistant points by completing challenges set by game admins.

Our team trained a game bot for Facebook and other platforms to compete against real players. We based our machine learning algorithms on DeepMind’s research and training of a bot for Go, developed and adapted them for the game of Dots. The result turned out to be quite impressive as the game bot was trained to be able to compete with all kinds of players, including advanced.

Game Knowledge Base and Tutorial Mode

The developed social gaming platform has an extensive knowledgebase about all game aspects available for players to learn. It includes a tutorial for each level of the player’s expertise, and a practice mode for the players to hone their skills to perfection.

The game is also monetized by premium content, viewable from the user’s profile. The game can be customized to any preference, including paper styles, colors, sizes and shapes, sounds and really cool exclusive emojis.